Direct Energy found a way in 2010 to protect itself from other water heater providers who were luring away its customers in droves.

Any Direct Energy customer with a new rental installed from September 2010 and on was switched over to a new “service” agreement.

The agreement comes with a few perks, including guaranteed service within 24 hours if customers are having hot water problems. If Direct Energy can’t meet that guarantee, the customer’s rental fee is waived for the next month.

But the agreement also spells out costly penalties if customers switch to another provider – they are required to “buy out” Direct Energy’s rental. Depending on the model and the years left on the water heater’s life expectancy, customers who switch providers face penalties ranging from a few hundred dollars to well over $3,000. Water heaters generally have a lifespan of 12 to 15 years.

But what about the hundreds of thousands of customers whose water heaters were installed before September 2010? Many won’t have to be replaced for several years. If those customers change providers, at least there’s no worry of a costly buyout.

Well, Direct Energy has figured a way of bringing many of those customers into the loop, too.

Direct Energy has sent the customers a form letter in the mail telling them of the benefits of its “revised ” agreement, which is the one it created 18 months ago for those with new rental installations. Like the new agreement, the old one provides the monthly rental and free service calls.

But Direct Energy can’t force customers to switch to the new agreement if they have water heaters installed before September 2010.

In their case, it’s entirely optional, until their rentals have to be replaced down the road.

What’s also questionable is in the way Direct Energy is communicating with customers – a form letter that could easily be mistaken for junk mail.

If you open and read the letter, great, because you will then know what to do if you want to remain in your current agreement: Call 1-866-202-1120 and tell Direct Energy exactly that.

But if you throw it in the garbage because you think it’s junk mail – especially as Direct Energy bills customers through energy providers such as Enbridge – you will have unwittingly agreed to the company’s new “terms and conditions.”

Though the change means little if customers don’t switch providers, it will result in a fat penalty if they do.

“We have sent to every customer … a letter that clearly outlines these terms. It’s an addressed letter. We’re giving them ample time to respond.”

He said the letter is similar to those “financial institutions will send (to customers about) amendments to terms and conditions.”

Diplock also says there is protection in place for customers so they can avoid the shock of a buyout bill.

An agreement among competitors, says Diplock, requires salespeople to have potential customers call their current providers before water heaters can be replaced.

“What this does is gives us an opportunity to make sure the customers who are having their water heater changed have complete information about their options and who they’re dealing with.”

“We are … offering several enhancements over our current service … Most customers will be comfortable with these changes because, in fact, the vast majority of our customers do keep their water heaters through their useful life.”

Asked how much the company’s move has to do with the “hundreds of thousands” of customers Direct Energy has lost in the last five to 10 years, Diplock said the new agreement benefits both parties.

“There are benefits in here for the customer, and customer protection in particular … but when a customer chooses to leave Direct Energy and remove (a) water heater before the end of its useful life, that does come to a cost to us. It is market practice to recover those costs, and we’re putting in place measures to do that.”

One Direct Energy customer says he thinks the new agreement is also aimed at customers like himself.

He’s worried that he will be forced to buy out his water heater if he moves from his rented home. It’s about 11 or 12 years old and his buyout fee would still be in the $300 range. 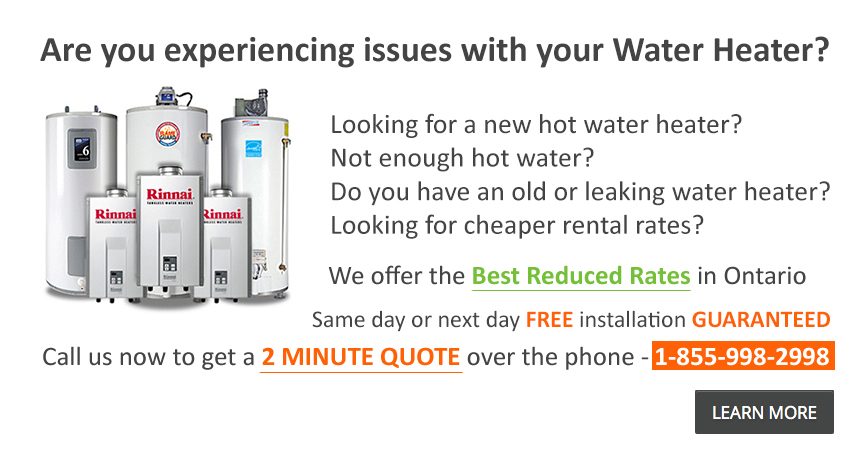