Green energy proves costly for all of us

One North Bay company, however, is sounding the alarm that the costs of this expensive program are forcing companies to lay off staff — and will eventually force many of them to leave the province.

John Spencer is an executive with Fabrene Inc., a company that makes industrial fabrics. 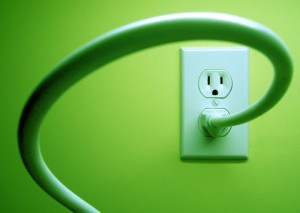 The Liberal government’s green energy plan has added $1 million a year to his hydro bill — an amount he says will eventually force his company out of this province.

There’s a line on corporate energy bills called the “Global Adjustment.” It’s that line that pays for renewable energy projects.

In his most recent report, provincial Auditor-General Jim McCarter warned that by 2014, the Global Adjustment is expected to be six cents per kilowatt hour — nearly two-thirds of the total electricity charge.

The GA is expected to increase tenfold province-wide, from about $700 million in 2006 to $8.1 billion in 2014, when the last of the province’s coal-fired plants is phased out.

Almost one-third of this $8.1 billion is attributable to costly green energy contracts.

That will sound the death knell for his company in this province, Spencer said.

“My company won’t make it that far.” The cost of hydro itself is competitive, he

Electricity is now his third-biggest cost — after raw materials and labour.

He has to explain that non-competitive rate to plants in the U.S., South America, China and Europe.

“It’s a very bleak outlook,” he says. “It’s a runaway freight train. We’ve got to

stop it in its tracks or we’re going to kill a great majority of small-and medium-sized companies,” Spencer said.

Ironically, at least 42 of the largest companies in the province are exempt from the GA.

The McGuinty government quietly gave Imperial Oil, most large mining companies, Suncor and other large consumers of electricity a break from it in 2010.

As well, this province has an excess of energy, which is being sold off cheap to neighbouring jurisdictions — the very people Spencer has to compete with.

“You’re taking extra money out of my pocket and essentially giving it to my competitors,” he said.

Ngọc Châu Giang Nguyễn
02:49 13 Jul 20
I used to rent AC from Reliance, but then I found out they had been overcharging me the whole time. After that friend... referred Mike to me, and he is such a good man with great service. He responds quickly, he sent Eddie, the technician, to replace new AC right after. Eddie was fast and professional. He did such a nice and neat job. Mike offered me a very reasonable price even though my house is 200km away from Toronto. Highly recommend the company.read more