Ontario electricity rates going up May 1, 2013 due to higher costs 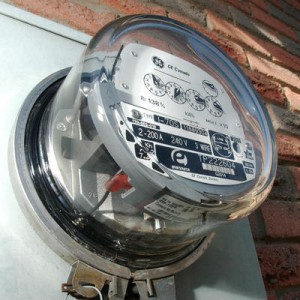 Ontario electricity rates will go up slightly due to higher costs from power generation and the use of cleaner energy sources.
The Ontario Energy Board says most households and small businesses will see their time-of-use rates go up as of May 1.
The price for off-peak electricity will go up to 6.7 cents per kilowatt hour from the current 6.3 cent rate, while mid-peak power will cost 10.4 cents, up from 9.9 cents.
Electricity used in the peak period — weekdays from 11 a.m. to 5 p.m. — is also increasing to 12.4 cents per kwh, a 0.6 cent jump.

The board says the higher rates will add an additional $3.63 — about 3 per cent — to the monthly bill of typical households, who use nearly two-thirds of their power in off-peak hours.

It says the hike partly stems from greater estimated costs from power sources such as renewables, nuclear and hydro-electric, although some of that is offset by lower payments to coal-fired power plants.

The board, which sets the rates twice a year based on the latest cost estimates, says the bulk of households and small businesses in the province are paying time-of-use prices. 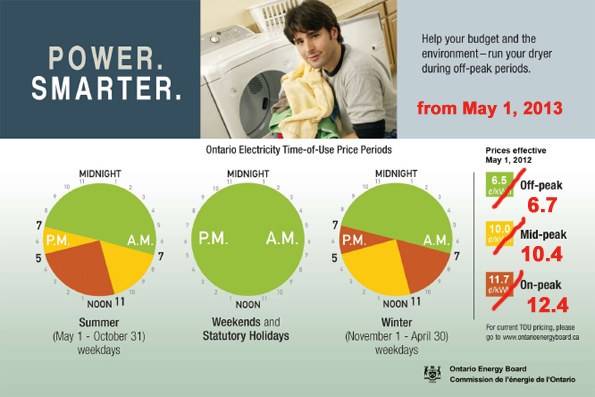 The changes don’t affect consumers who have contracts with electricity retailers, the board said.
Tory energy critic Vic Fedeli blamed the increase on what he called the Liberal government’s “failed energy experiments” to develop green power through subsidies to producers.