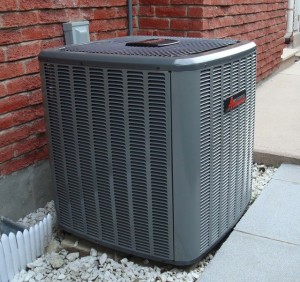 It would also cut demand on the power system at critical periods — and those who volunteer will surrender some control over their hydro usage.

As summertime air conditioning eats up power consumption, Thunder Bay Hydro is considering an energy-saving program similar to one implemented in Toronto.

Almost 70,000 homeowners there participate in a program — known as Peaksaver — that allows Toronto Hydro to send a signal to a residence with a special thermostat on hot days. The signal can slow a customer’s air conditioning by 50 per cent. The fan on the unit continues to run, but the air conditioner does not kick on as often.

“It’s not that we’re turning the air conditioner off, it just slows down the cycle,” said Tanya Bruckmueller, a spokesperson with Toronto Hydro.

“It’s a really easy program to help with the city-wide conservation efforts. [A] lot of people leave their air conditioning running during the day so … [the] temperature doesn’t get up. [But people are] not even home. Even if [they] were to notice a difference it would be minimal.”

“The goal would be that this would only be taking place in those rare instances when the system was being stressed,” she said.

Dias said the program could also be used to control the operation of a home heating system.

Tanya Bruckmueller said the energy saving program generally does not make a big difference on residential electricity bills. She said the main benefit for customers is that they know they’ve taken a step to save electricity.